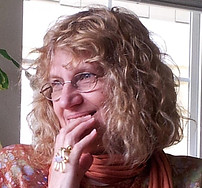 Are you aware of how CBD Oil can help with hemiplegic migraines? Well, I am just finding out the great properties of this plant oil and I am amazed every time. In this article, I will share one woman’s challenge and how she overcomes it using CBD Oil as a natural healing alternative.

What Is A Hemiplegic Migraine

Is There A Cure For This Condition

At the moment, there is no specified treatment for hemiplegic migraines. As a common treatment, it is not unusual where blood pressure pills or basic migraine medications are suggested. They may not always help. And then, doctors also use anti-seizure medications as another alternative route.

I met Ariel a little while ago as we were using the same learning platform for our internet business. A vibrant, full of energy sort of person, and most definitely someone who you would love to have in your corner.

She is an artist, jewelry-maker, and a professional writer. She is a giver and an avid believer in ‘you can do it, yes you can’ philosophy. And this energy flows over into everything she does – from a physical to a spiritual level.

It All Started When…

Ariel’s life changed one day… as most life-changing stories go. It was a normal day, or so it started. She was at home, standing in her kitchen, and then, out of nowhere – she found herself on the floor unable to understand what the ceiling or the floor was.

So, what happened to this amazing woman?

She felt light-headed and somehow not able to make sense of anything. Somehow, she managed to get to her phone. And her daughter answered right away. She knew something was not right with her mother. Her speech was slurred, and she was not making much sense – 911 was on the way.

Ariel was admitted to the hospital where she spent the next two weeks under supervision and testing. The first diagnosis was an intense stroke. Then the medical team refuted that prognosis based on Ariel’s re-occurring symptoms.

After several more episodes like the first one, the doctors finally came up with an answer. Two weeks in the hospital and five months of living in a rehab center later.

She had hemiplegic migraine.

However, Ariel has a rare form of hemiplegic migraine. An episode can be very severe and leave her with a partial temporary paralysis of the right side of her body. This put Ariel in wheelchair due to limited mobility. She experienced memory loss, speech failure, discombobulation, and sometimes, days of several hemiplegic migraines all at once.

Ariel has tried just about all the suggested treatments, but to no avail. The reaction to the treatments were counter-productive in her case. In some instances, it made her feel suicidal. She decided to stop.

For the next five years after the first episode, she got accustomed to the idea of a wheelchair and caregivers – the option available to her at that time. She had to readjust mentally as well.

Ariel spent time with physical and occupational therapists who worked arduously to get her back to her precious nuance of health. No luck here either. After months of working with her, the doctors decided that change and help were at a standstill where they were concerned.

Ariel, a big believer in the gifts of Mother Nature, decided to try alternative healing sources. Her first source was the CBD tincture. After much research, Ariel found the Realm of Caring. It is associated with the case of Charlotte Figi, the little girl with Drevat Syndrome. Charlotte was being helped with her childhood illness of uncontrollable epilepsy. She was being treated using CBD Oil.

Ariel found the tincture and started her new treatment. She took one drop of the CBD Oil tincture twice daily – morning and evening. She started noticing that her episodes were getting fewer. Over time, within a month, her episodes were almost completely gone. She was amazed and naturally thrilled.

The power of one drop of CBD Oil was potent enough to make a HUGE difference in her life and she was happy. This gave her the boost to take her healing to the next level – walking unassisted. It has taken some time and much effort, however, Ariel has come a long way and achieved success.

Not only does it take a mindset but also physical exertion to move beyond complacency.

It has been over five years since Ariel has been using CBD tinctures as a form of alternative healing to stop severe and debilitating hemiplegic migraines. She is living life on her terms and she is an energetic person spreading the word as she goes, using herself as an example of life.

And she tells everyone, do not take the opinion of another as a prognosis for your life. You get to decide how you want to live.

Because she has been told that she would spend the rest of her life in a nursing home and never walk again. That was their opinion. Not hers!

Now she lives a life on her own terms, in her own space.

I also found an interesting article on Mom Tips: CBD Oil For Migraines…give it a read!

Undoubtedly, each story will be different because we are all individuals prone to different reactions, issues, and determination. However, Ariel has shown those around her the importance of not giving up and ‘stepping outside the box’ of conventional medicine and healing practices.

Don’t get me wrong, the medical industry and their talented workers (doctors, nurses, pharmacists, et al) all play a formidable role in healing people, however, sometimes their outlook and acceptance of medical issues and cures, can become tainted with indifference and scoff for alternative natural medicines.

It is up to the individual to decide whether they get the ‘last word’ to their health, or if they take the initiative to do things differently.

For Ariel, it made all the difference in her life and I admire and respect her choice and how much healing it has brought her. I wish her continued health and recovery and much success in all her endeavors.

You can read more about CTFO’s CBD Oil Supplement – this includes the dosage and the types – capsules and drops.

started using CTFO products as a customer and then decided to become an associate. The quality of the products and the structure of the company’s associate program have clinched the deal for me. You can read more HERE and see if this business opportunity could be something for you, or if being a customer is all you would rather be, then CLICK HERE.

You can contact me HERE and I would be more than happy to get you started in the right direction.

Images courtesy of Pixabay and CTFO.

Related Articles
What Do You Know About Pure CBD Oil As A Natural Alternative?
Why Worry About Menopause?
Ten Habits To Achieve Flawless Skin{List}

Get Your FREE PDF:Text Chemistry by Amy North 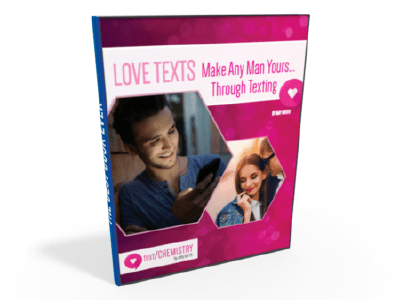